X is for: Xposure 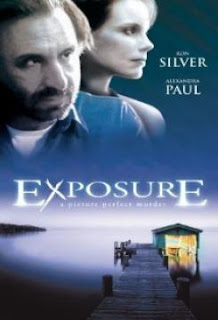 I know...  It doesn't really start with X.  But early on the title was Xposure (at least, I believe so and I'm sticking to my story). Who knows when the grammar police took over and decided it had to be spelled the accurate way?


In this straight-to-video thriller, Ron Silver plays a former war correspondent and photo journalist. He’s jaded and disillusioned with the world and consigned to taking semi-nude photos for a men’s magazine. When one of his models is murdered, he’s the chief suspect. But a serial killer is on the loose. As he investigates who might have murdered the model, he becomes prey as well as suspect.

It’s gorgeously filmed by DOP Waka Attewell, but there is definitely a reason this one never hit a theatre near you.
Posted by Kate Larkindale at 12:30 AM