Each year I write myself a letter outlining my goals for the year ahead.  Then sometime around the middle and at the end, I check in to see how I'm doing on achieving those goals.  So here we go for 2019.

2018 was a crazy year and while I somehow managed to achieve most of what I set out to do, it feels like it was more by accident than by design.  So my first goal for 2019 is to plan ahead more.  Think about what might be coming up before committing to things and set aside time for the things I really want to do.

I have a book releasing on 1 February and I really want it to sell better than the last one.  So my first goal for the year is to figure out the best way to market this new book, and the other ones, to generate sales.  The subject matter for this one is less controversial than in Stumped, so hopefully that will help with sales, but getting reviews and getting them in the right places is crucial.

I would like to publish another book in 2019.  I have three that are very close to being ready to go, so I will endeavor to get at least one of these polished and ready to go out into the world.  And send it out.  If I'm lucky, I may even have all three ready to go out at some point during the year.

I also have three or four manuscripts in various stages of completion that I would like to go back to and finish.  I'm not sure any of them are actually much good, but going back and re-reading them will let me know if there is anything worth salvaging in any of them.  And if there is, I will work to finish any of these I feel are worth the effort.

At the moment I don't have any burning ideas for a new book, which is probably a good thing considering how many unfinished projects I have lying around.  But should something come up during the year, I will jump on that idea before it squirrels away again.  And I will write the hell out of that idea.

I was pretty good with my exercising in 2018, so I want to keep that up.  And my weekday intermittent fasting too.  I even plan to buy some scales in the new year so I can keep track of my weight, rather than relying on how my clothes fit to tell me if I've gained or lost weight.  The goal is to lose at least 5kg by Easter.

And my final goal is to read more.  I'm not going to get my Goodreads reading goal in 2018, which tells me I'm not reading enough.  So I need to get on top of that.

Each year I write myself a letter outlining the goals I have for the year ahead.  Then, around the middle of the year, and again at the end, I check in to see where I'm at in terms of achieving them.

I have a few more books that are ready to go out, so I hope to publish at least one book in 2018, if not two. I like working with my publisher, despite their rather limited distribution. Doing the publicity and promotion is challenging, but I’m learning more each time, so I hope to have figured out the best things to do for the least money as I keep publishing. I also hope to begin developing a fan base, something you can’t really do when you only have one book available.

Sort of...  I published a novella as part of an anthology, and The Sidewalk's Regrets was initially supposed to come out before the end of 2018.  We just pushed it back to February to give me more time for publicity and getting advance reviews.  So we'll say this one is achieved.

I plan to revise SHOOK to take the various agents’ feedback into account. And I’d like to finish one or both the books I started during 2017’s NaNo. I may even revisit my 2016 NaNo book to see if I actually like anything about it anymore.

Still working on SHOOK, if you can believe it.  After rewriting as a single POV, it still felt wrong so now I'm trying it in third person to see if it works.  And I didn't touch any of those NaNo books. I did write about two thirds of a new one though.  But I will need to finish it and do a bit of tightening up because I wrote it using prompts and at a certain point, the prompts stopped being helpful and sent the book on tangents that didn't really drive the plot forward.

I would like to complete at least one new title in 2018. It feels like over the last couple of years I’ve started a lot of books, but somehow haven’t managed to finish anything. 2018 is the year I actually finish something. Maybe even two or three somethings… But let’s not be too ambitious.

I started and finished that novella that was published, so that counts right?

In other, non-writing areas, I plan to exercise more. This year I’ve made it to the gym once a week most weeks, which is hopeless. I am determined that in 2018 I will make it to the gym at least twice a week in my lunchbreak as well as my usual Saturday morning class.

That has happened too.  At least for the most part.  There were only a few times I had meetings over my lunchtime and had to skip the gym.

With both the kids growing up rapidly, I would also like to try and do something with my partner at least once a week. Something other than doing the weekly grocery shop which has become our date night since we moved to the new house.

Well, a few times.  But now my oldest is 14 and can babysit, I hope it will happen more often.

And finally, I want to be more social on social media again. When I first used Twitter I made friends with lots of people and enjoyed really engaging with them. Since starting my new job three years ago, my time for non-work-related social media has been much more limited and I miss the connections I used to have with people. I plan to use my commuting time much more productively this year and socialize on social media more.

Not so much...  Some days are better than others.  I just find there is so little time, I'd rather use it for something I enjoy more.  But the intention is good.

Relaxation mostly.  Although I haven't been a relaxed as I really wanted to be.  There's been a little too much cleaning and a too little reading going on.  Something to be addressed over the next couple of days...

Christmas was good.  Lots of food and family, but we made it through without any dramas (for a change - the last few times we've had Christmas at my parents' there's been a major plumbing malfunction).

Since then, I've been getting the house in order, going to the gym (you would not believe how sore my muscles are right now after two days' of weight-lifting classes), editing my book and reading.  We also went out to my aunt's house up the coast on Boxing Day and caught up with more cousins and other relatives.

What are you celebrating this week?
Posted by Kate Larkindale at 9:44 AM 2 comments: 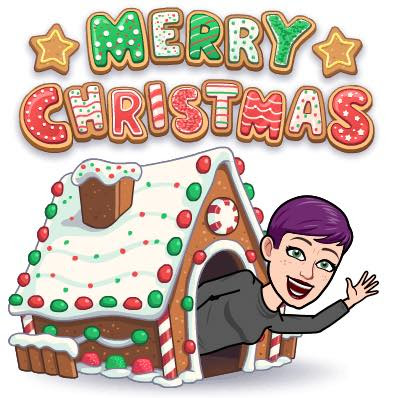 Posted by Kate Larkindale at 1:00 AM No comments:

Now that I'm on holiday, my goals are pretty simple really.

I want to sleep more, exercise more, write more and get my house clean and tidy.

So each day before we go to the beach, I plan to sleep in, go to the gym, clean one room from top to bottom and then edit four chapters of my book.  At that rate, I should be just about through this edit before we leave for the beach.

Oh, and I get Christmas Day off...  That's just for eating and drinking and spending time with family.  My sister and her family arrived from Tuscon last night, so looking forward to seeing them.  It's been two years.  My niece is almost eight now and probably a completely different kid than she was the last time she was here.

What are your goals this week?  Other than having a very merry Christmas?
Posted by Kate Larkindale at 9:31 AM 3 comments: 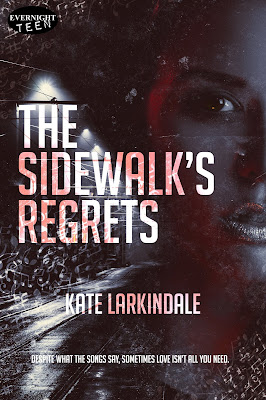 Posted by Kate Larkindale at 9:25 AM 3 comments: