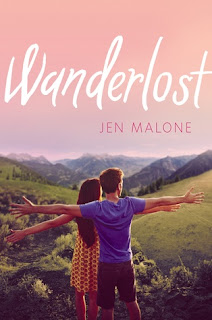 This is one of those books a lot of people I know and trust to recommend books said was great.  So I was excited when I found it at the library last week.

But I just didn't love it.

I kind of enjoyed it, despite really disliking the main character most of the way through.  I guess I just can't get on board with someone agreeing to go on the trip of a lifetime, but be too scared to try anything new.  Aubree's refusal to eat local food, or to get out of her hotel room really frustrated me and that ruined my appreciation of her character growth as the novel continued.

That said, I really liked Sam, and Aubree's relationship with the seniors on her tour was also really well written.  I feel like the attraction between Sam and Aubree happened too fast - a couple of phone calls, then almost instantly they can't keep their hands off each other - but I was prepared to go with it because I knew they had a limited time in which to be together.

So overall, while I didn't love this, there was enough to enjoy.  It didn't change my world, but how many books really do?

Not all those who wander are lost, but Aubree Sadler most definitely is on this novel’s whirlwind trip through Europe.

Aubree can’t think of a better place to be than in perfectly boring Ohio, and she’s ready for a relaxing summer. But when her older sister, Elizabeth, gets into real trouble, Aubree is talked into taking over Elizabeth’s summer job, leading a group of senior citizens on a bus tour through Europe.

Aubree doesn’t even make it to the first stop in Amsterdam before their perfect plan unravels, leaving her with no phone, no carefully prepared binder full of helpful facts, and an unexpected guest: the tour company owner’s son, Sam. Considering she’s pretending to be Elizabeth, she absolutely shouldn’t fall for him, but she can’t help it, especially with the most romantic European cities as the backdrop for their love story.

As usual, everything takes longer than you think…  I still have at least one more pass to do through My Murder Year, so that's the big goal for this week.  I'd like to get that wrapped up and sent back to my agents by Friday, if possible.

Then, back to Sam and Amy.  I've had feedback from my CPs on the first few chapters, and it appears a device I was using isn't working the way I'd hoped.  So I need to do a re-think on that.

Other than that, it's going to be a busy one at work because a bunch of the team leave for the Toronto Film Festival next Monday and there's always a lot to do do get ready.

What are your goals for this week?
Posted by Kate Larkindale at 11:24 AM 1 comment:

One of my sons is going to a birthday party tomorrow and staying the night with his friend, so I have some one-on-one time with my older son.  It's pretty rare that we get that, so I'm looking forward to it.

It's Friday and I have wine!  That's always something to celebrate.

I'm changing this weekly column because I have loved far too few books recently to be able to sustain a weekly column called 'Books I've Loved'.  Plus, by including books I didn't love, I can talk about the reasons why these books didn't really do it for me…

So, without further ado, here's one I didn't love. 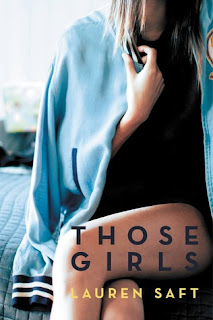 This book was a little like a car wreck.  It was horrible, but I couldn't stop reading it.  There are four points of view, all girls, and each one more despicable than the last.  It's difficult to understand how these four characters became friends in the first place, let alone how they managed to remain friends right through high school.  I know there is such thing as 'frenemies', but these girls take the concept to the extreme!

But my biggest issue is with the ending.  I won't give it away in case anyone wants to read this book, but the girls' plan to humiliate their friend (yes, shady idea in the first place) is just stupid.  And the consequences are worse, but get pretty much swept under the rug before the book's conclusion.

So I wouldn't recommend this one.  The characters are awful people and spending the length of the book with them is unpleasant.  I really hope high school girls don't behave this way because if they do, my sons are on house arrest until they're twenty.  At least.

Some girls will always have your back, and some girls can't help but stab you in it.

Junior year, the suburbs of Philadelphia. Alex, Mollie and Veronica are those girls: they're the best of friends and the party girls of the school. But how well does everybody know them--and really, how well do they know one another? Alex is secretly in love with the boy next door and has joined a band--without telling anyone. Mollie suffers from a popular (and possibly sociopathic) boyfriend, as well as a serious mean streak. And Veronica just wants to be loved--literally, figuratively, physically....she's not particular. Will this be the year that bonds them forever....or tears them apart for good?

Lauren Saft masterfully conveys what goes on in the mind of a teenage girl, and her debut novel is raw, honest, hilarious, and thought-provoking, with a healthy dose of heart.
Posted by Kate Larkindale at 1:52 AM 2 comments:

As I suspected, I got some notes on My Murder Year from my agent toward the end of last week, so Sam and Amy will have to go on the back burner while I address those.  Luckily the notes are all very minor things, so I hope to be able to knock that work out over the course of the week, so next week I can get back into the forest with my two lost souls…

And that's about it for goals this week.  Lots to do at work, so it's going to be a busy one.


So what am I celebrating this week?

It's one of those weeks when it's difficult to find things to celebrate, a week where one piece of bad news follows another.  But this bloghop isn't called 'Whinge About The Things Outside Your Control', so I won't go into the various tragedies that have punctuated my week.

We're supposed to be celebrating and no matter how terrible things get, if you look hard enough, there is always something to celebrate.

I have revised 18 chapters of Sam and Amy.  The terrible section I thought dragged the whole middle of the book down turned out to be much shorter than I remember it being, and much less draggy.  I feel like it's still a little too long at 3 chapters, but it's better than the five I had before.  And once I finish the rest of the book, I think I may be able to go back and cut that down even further.  I'm not sure Sam needs to articulate so much of his story.  Amy does, because what she says in this section is crucial to things that happen later in the book, but I think a lot of Sam's stuff can probably get folded into other places.  Maybe.

And…  Well, I'll celebrate cake.  The accountant at work had a birthday this week and we got to eat some particularly delicious cake.

What are you celebrating this week?
Posted by Kate Larkindale at 5:00 PM 7 comments: