I got my first 'fan mail' from a reader this morning, and it's made me ridiculously happy.  Even if hers is the only life my novel touches, it makes the whole agonizing writing process worthwhile..

I got to go and see my friend perform in an Arts Festival show last night.  She was brilliant (but she usually is) and the show was fantastic.  It was so funny to see one of my other friends, who usually is the front-man for a rock band, doing cabaret...  But didn't he look like he was loving it?

I sent my crappy first(ish) draft of my rewritten novel to a reader earlier this week, and am now waiting nervously for feedback.  I know parts of it work, but I'm not sure the whole thing hangs together as a whole now that I've removed the second POV.  But even if there is still a whole lot of work to do, I'm happy to be done and am celebrating with a few days off from writing.  Back to the salt mines on Monday....

What are you celebrating this week?
Posted by Kate Larkindale at 9:46 AM 9 comments:

I have a problem you guys...  A few years back, when I started getting serious about this writing gig, and I found myself making friends with writers all over the internet, I decided that I needed to support my fellow authors.  And I have.  I buy books by all my writer friends.

I've already been banned from buying any more physical books.  We don't have any bookshelf space for them.  So now I buy only e-books which are, admittedly, usually cheaper, but still...

I guess there could be worse problems, right?
Posted by Kate Larkindale at 1:04 AM 6 comments:


Things at work seem to be settling down a little (famous last words) and I've only had one person resign this week.  Well, two, but one of them was just because her work visa expires soon and I knew that was coming.  I still need to find a chef, but my FOH team is pulling together and I've done some good interviews which I hope will turn into some great staff.

I got some positive writing feedback from a pro and am excited about diving into a revision of one of my books based on her comments.  It always feels daunting, but in reality, I think adding maybe two or three chapters to my existing book will do it.  I have some ideas already, but have to get through my current revision before I can start.

The Arts Festival starts here tonight, and I'm looking forward to seeing some fantastic shows.  I'm especially excited about getting to see The Tiger Lillies again.  They're such a great band.  If you haven't heard of them, take a look at this....

I'm 7 chapters away from finishing my first round of revising on Taillights and I'm at the point where I can't really tell if I've improved the book or wrecked it entirely.  I hope to be done with it by the end of next week, so I can send it off to some people to read (anyone want to read a contemporary NA for me?) and critique.  I'm hoping I that I can get revisions done on my other book while I'm waiting for my readers to get back to me.

Then maybe I can finish the new book I started in about May last year....

What are you celebrating this week?
Posted by Kate Larkindale at 12:01 AM 16 comments:

Just over a year ago, I took part in a group novel writing project, Writing a Novel With Cupid or WANWC. One of the other writers who took part was Nicole Zoltack. Now, I'd sort of 'known' Nicole for a while already, through her blog and on Twitter, but it wasn't until we were both part of this project that I really started calling her a friend. I'm thrilled to welcome her to my blog today, so she can share the gorgeous cover of her latest book, Bloodlust. Hi Nicole!

Hi, everyone! Nicole Zoltack here and I'm so happy to share with you the cover for my upcoming release. 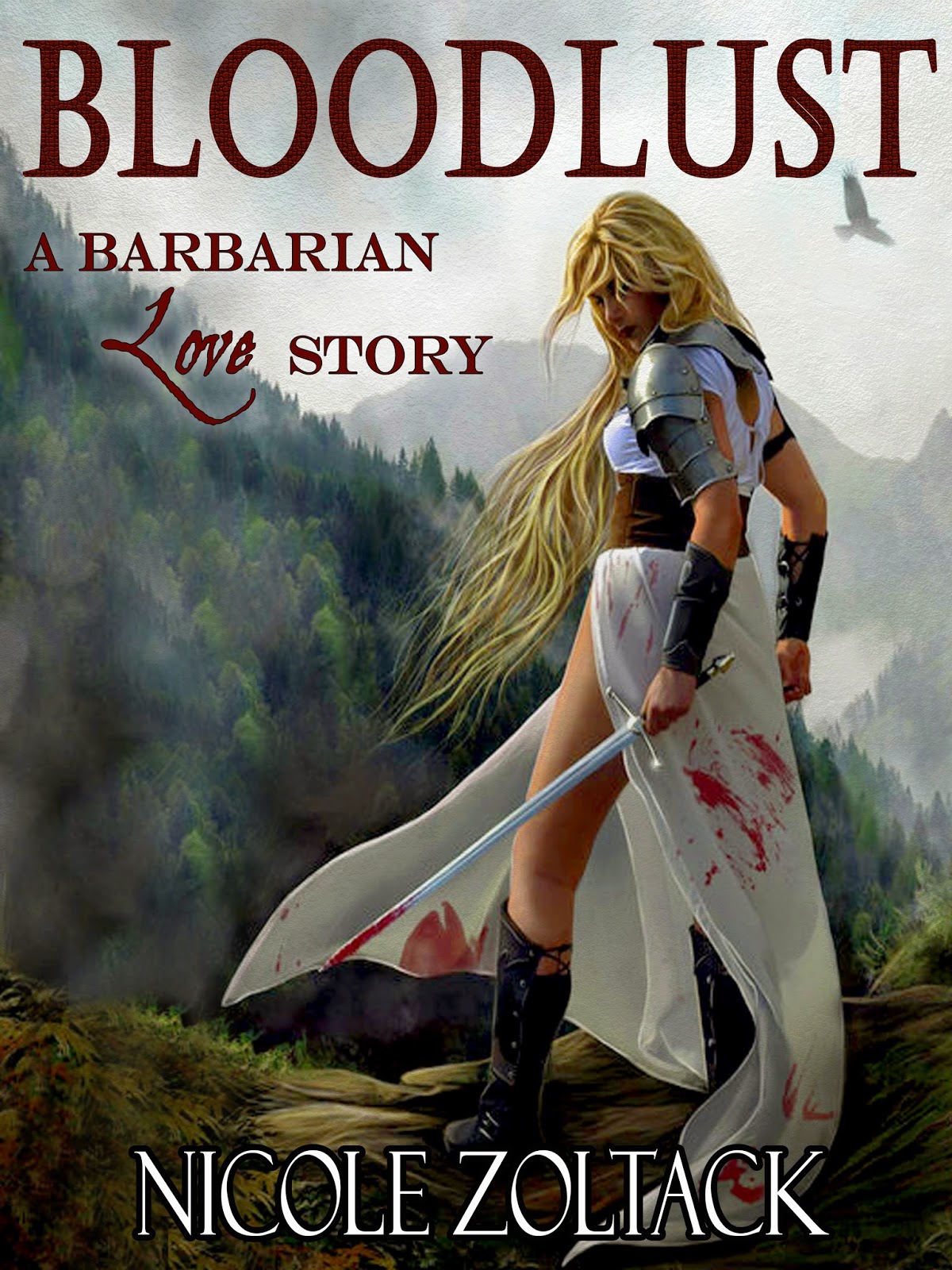 Isn't it just beautiful? And it's perfect for the story.

Here's the blurb for BLOODLUST, a NA epic fantasy romance.


In a world torn by prejudice and hatred, six races struggled for supremacy.

Barbarian-Princess Ivy is unwilling to allow her father to provoke the other races into war and forms an unlikely alliance with Lukor the goliath to save her people from utter destruction.

Unbeknownst to her, Lukor blames the barbarians for murdering his sister and plans on sabotaging her goal.


Almost despite each other, they grow to respect each other on their journey to decode secret messages from the trolls. But nothing Ivy can do will prevent the war as her father is blinded by Bloodlust and incites it himself. Not even killing him and becoming Barbaroness can stop the tide. And when Bloodlust claims Ivy, forcing her to kill everyone in her path, she must make a choice to destroy even Lukor, who she may have started to fall for and him in return.

The cover is so fitting, am I right?

The story will be released on February 24th. Ack! So excited. I'd love for you to share this and I'd even kiss you if you add it on Goodreads.

What do you think about the cover? The blurb? Does it sound like something you'd like to read? 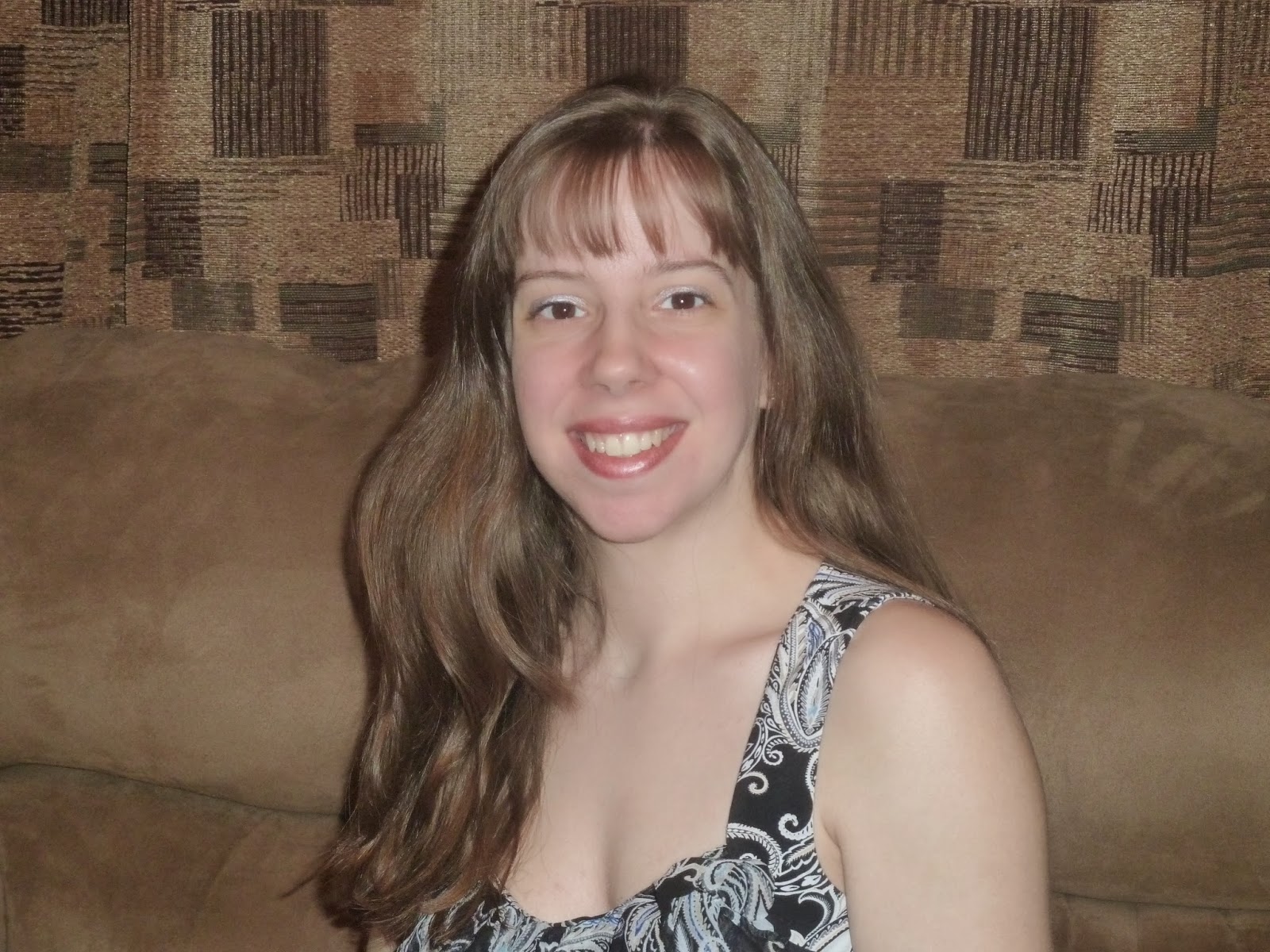 Nicole Zoltack loves to write in many genres, especially fantasy romance. When she's not writing about knights, superheroes, or zombies, she loves to spend time with her loving husband and three energetic boys. She enjoys riding horses (pretending they're unicorns!) and going to the PA Renaissance Faire, dress in garb. She'll also read anything she can get her hands on. To learn more about Nicole and her writing, visit her blog.
Posted by Kate Larkindale at 12:24 AM 1 comment:

A bunch of us were talking the other day, and the conversation came around to personal quirks.  You know, those weird little rituals everyone has.

I mentioned my own little quirk.  I hate odd numbers and when reading, rather than leaving a book at the end of a chapter if I've read an odd number, I'll read on to the end of next chapter.  Or if it's too long, I'll read into that chapter and stop somewhere a few pages in.

Everyone has these small eccentricities, and it's important to remember this when writing characters.  Little quirks will bring your characters to life, bring them surging off the page as real, fully rounded people rather than constructs that exist to service your plot.

What little quirks do you have?
Posted by Kate Larkindale at 9:40 AM 4 comments:


Well, it's Valentine's Day!  So I'm celebrating the fact my partner and I have managed to stay together for 16+ years.  He's probably the least romantic guy under the sun, so there have been no flowers, chocolates or jewelry in my day, but those things don't really signify love, do they?

After a particularly stressful week or so at work, I'm beginning to see the light at the end of the tunnel.  After so many years as a manager, I can honestly say that staffing problems are the worst things to deal with.  I'm so grateful that my awesome supervisor has decided to stay with us.  I really don't know what I would have done if she had left...

My book is on sale for Valentine's Day and last night at work I had a function for exactly the right audience.  So I made up a few flyers advertising the sale and handed them out.  It's too soon to see if any of them actually took up the offer, but just having the opportunity to get out into the community and pimp my story felt good.

I haven't done a whole lot of writing this week, but once I'm finished the critique I'm doing for one of my CPs. I'm totally ready to dive back in.  My goal is to finish this draft by the end of the month.  Can you guys hold me to that?