This week it's all about NaNo!

I start tomorrow and my goal is to hit 10K by Friday.  Which is ambitious, but I think I can do it.  Assuming my characters play nice and agree to submit to my will.

Anyone else doing NaNo?  You can friend me.  I'm Vampyr14.  I have a feeling I'll need all the spurring on I can get!

What are your goals this week?
Posted by Kate Larkindale at 10:29 AM 1 comment:

It's the weekend!  I know it was a short week with Monday a public holiday, but somehow those weeks always seem the busiest when you get back to work.  It's been a particularly crazy week and I'm definitely glad for a couple of days to relax - although I do I have a lot of reading to do for work.

I've been enjoying my sort-of-writing break and intend to make the most of this weekend because come Tuesday, I'm starting my new book.  I have no idea how it will go because I really only have a skerrit of an idea of the actual plot, but the characters are people I feel like I know really well, so all I really need to do it keep throwing walls up in front of them and watch them react.

Or at least, I think that's all I need to do….  We shall see how it all pans out on Tuesday when I sit down to start writing.  Which I really can't wait to do!  It feels like a long time since I wrote anything completely from scratch. 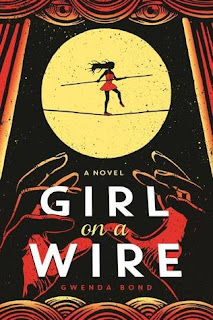 As more mysterious talismans believed to possess unlucky magic appear, Jules and Remy unite to find the culprit. And if they don’t figure out what’s going on soon, Jules may be the first Maroni to do the unthinkable: fall.
Posted by Kate Larkindale at 10:36 AM 4 comments:

While I'm still officially on a writing break, I'm still doing little tweaks to SHOOK as I get notes from my CPs.  I've just spent the afternoon of my extra day off (yay long weekend!) fixing up a few things in the middle of the book and I think they work much better now.

It always amazes me how a few lines here and there can make such a huge difference to a story.  Or a single scene.

So this week I will continue to tweak SHOOK as notes come in.  And I will hopefully think up some good stuff for the new book.  I'm struggling a little bit with where to start because potentially there are two inciting incidents in this story.  I'm not sure if I should include both or start further along in the story with the second one.

But because it's a NaNo book, I guess I write both and figure out if it's the right choice later, when I revise….

What are your goals this week?
Posted by Kate Larkindale at 8:37 PM 2 comments:

It's a LOOOONG weekend!

Yes, Monday is Labour Day here, so we get an extra day off.  And boy am I looking forward to that!  I've reached that time of year where I really, really, really need a break.

I have no plans for the long weekend (other than getting my older son's bike fixed so we can go bike riding) and I have a pile of library books to read.  I also want to do one last read-through of SHOOK to make sure everything makes sense.  I'm going to print the whole thing out and read it on paper because I always see things differently on paper.

I also hope to do some thinking about the new book I'm going to write during NaNo.  I have a bunch of characters I love and can't wait to spend time with, and the skeleton of a story, but I'd like to work out a few more details before I start. Not too many, because if I know too much about the story ahead of time, I get bored and don't want to write it…  But I do like to have a few key scenes in mind so I know where I'm aiming, even if I don't actually ever get there.

What are you celebrating this week?
Posted by Kate Larkindale at 10:24 AM 4 comments: