I'm lucky enough to have author L.G. Keltner here on my blog today.   L.G. is the author of the 'Self Help 101' series, and has just released the third book. 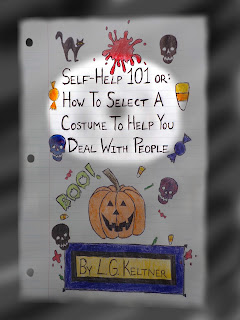 She's visiting Fiction and Film today to talk about….

Being Open to Inspiration

The life of a writer is filled with ups and downs.  Sometimes inspiration strikes when we least expect it, and when the ideas are flowing freely, it feels like we can accomplish almost anything.  However, this isn’t always, or even often, the case.  We’ve all had those times when we can’t seem to make any kind of magic happen on the page.  Maybe the ideas just aren’t that strong, or we have what might be a good premise but the words just won’t follow suit.  What can we do in those situations?

An important part of being a writer is being open to the muse.  Everyday life is filled with opportunities for inspiration if we’re looking closely enough.  Maybe you find your muse by looking at a beautiful flower or a sunset.  Or maybe you find it in those mundane absurdities that people tend to take for granted.  For example, Thanksgiving in the United States is supposed to be a holiday where we spend time with family and take the time to think of what we’re thankful for.  At the same time, stores have been opening earlier and earlier on Thanksgiving so people can push and shove each other to get good deals on various items they may not even need.  It’s an interesting contradiction, and who knows?  Perhaps someone could make a compelling story out of it.

Dani, the protagonist of the Self-Help 101 series, writes books based on her own life experiences.  She sees the absurdities of life and enjoys weaving a story out of them.  That’s something we can all do as writers.  We just have to keep our eyes open so we don’t miss a good story opportunity when it presents itself.

“You look like you belong in the 80’s,” Seth said.  I was not at all pleased with the level of amusement in his voice.
I stood in front of my bathroom mirror, desperately trying to comb as much glitter out of my hair as I could before taking a shower.  This left my hair looking decidedly larger than normal, not to mention more shimmery than I’d typically like.
“I know, and that’s not the look I wanted to have for tonight.”  I groaned as I continued to tug at my hair.  “It’s hopeless.  There’s no way I’m going to be able to get it out in time.”
“What’s wrong with that?  I think you look cute with all that glitter.”  Yes, he was far too amused.  I needed to think of a way to wipe that grin off his face.
“Then why don’t you come closer so I can wipe some off on you?”  I held my glitter-covered hands out like I was about to touch him.
His look turned serious.  “The glitter wouldn’t go with my costume.”
“It won’t go with mine either, and if I don’t get it all off now, you won’t be able to touch me for the rest of the night without adding a little sparkle to your look.”

Dani Finklemeier is adjusting to life in college and the realities of living away from home for the first time.  She’s also learning to deal with the criticism that stems from sharing her writing with the world.  Some of the online criticism is even spelled correctly, which somehow makes it worse.

Fortunately, she has a Halloween party, a group of friends, and a supportive boyfriend to distract her from the things that are bothering her.  Of course, a holiday celebration wouldn’t be complete without something going wrong.  Between an unpleasant confrontation with an infuriating classmate, some shocking costume choices, and a bizarre fraternity stunt, the evening will be anything but dull.

Dani’s detractors may not like it, but she’ll definitely have enough material for another book. 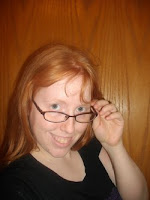 L.G. Keltner spends most of her time trying to write while also cleaning up after her crazy but wonderful kids and hanging out with her husband.  Her favorite genre of all time is science fiction, and she’s been trying to write novels since the age of six.  Needless to say, those earliest attempts weren’t all that good.

Her non-writing hobbies include astronomy and playing Trivial Pursuit.

Add it on Goodreads.

Posted by Kate Larkindale at 10:36 AM