As you all know,  I read a lot.  A LOT.  And I read widely.  But when I find an author I like, I can get a little obsessive about trying to read everything he or she has written.  And if they've had a long career, that can be a lot of books.

But something I've noticed several times recently, in reading newer works by some of these long-established writers, is that the editing doesn't seem as tight.  In one I read recently, there was a blatant grammar error very early on in the piece.  In others the writing just doesn't feel as tight or as accomplished as it did in earlier works.

I began wondering about this.  Is it that once these authors have published X number of wildly successful novels their editors feel that they can do no wrong and don't go over their manuscripts quite so carefully?  Or are they afraid to make changes to the work of this oh-so-well-known-best-selling author?  Or is it that the writer's ego gets in the way and they no longer accept so many of the editorial suggestions they're given?

I don't know.  I wish I did.  Because it's frustrating to read something by a very well known and successful author and to find the work riddled with errors that I'd pull my CPs up on.  Or letting the story meander away from the point for long tangents that go nowhere, something that I'd definitely point out if I was reading for them.

What do you think?
Posted by Kate Larkindale at 10:47 PM 4 comments:

I finished NaNo today...  Or I won, as they say.  Which is of course, completely different to finishing the draft.  That I haven't done yet.  I have about 15-20K to go in my estimation, so I probably won't finish by the end of the month.  No, not probably - definitely.  Maybe by the time the kids go on their Christmas break...

This book needs a lot of work.  I have a feeling one of my characters goes to the wrong place for a long  time in the middle.  He doesn't need to go anywhere.  He should stay home, only leaving to visit the mad prospector.  That scene has to stay because the prospector is important in the climax.  But all the stuff that happens to Ben prior to that, while he's out riding the station with Alice's husband, doesn't need to be there.

So when I've finished that draft, I may go ahead and do the massive revision this NaNo novel needs.  We'll see.  I still have to finish writing it.

How's your NaNo going?  Are you going to make it to 50K by Friday?
Posted by Kate Larkindale at 5:34 PM 8 comments:

As most of you regular followers know, my day job is as a cinema manager and film reviewer.  What you may not know is that I am in Wellington, New Zealand, a city that seems to have been re-named Middle Earth for the next few weeks.  Yes, my town has been infected with a disease known as Hobbit Fever.

The world premiere of the new Hobbit movie is on November 28th, and the whole city seems to have gone nuts!  The cinema I run isn't hosting the premiere, but it's on the red-carpet route so we have a party of filmy people booked in to watch the big-wigs hobnobbing their way up the red carpet.  The council are closing the street for 2 days which means getting people and supplies in and out could be tricky.  Not to mention my regular customers who may not be infected with this Tolkienitis and want to go and see a regular film.

And in a weird slant, I got an invite to the premiere.  Which is kind of exciting.  I've been to other premieres, but nothing of this magnitude.  So that's exciting.  I'm just not really a huge Tolkien fan, and I wasn't actually planning on rushing out to see the film.  But I guess it's kind of different when it's the world premiere.  And if I get bored, I can always take a nap.  It'll be dark, so it's not like anyone's going to know....

Are you a Hobbit person?  Looking forward to the film, or just meh?
Posted by Kate Larkindale at 2:28 PM 3 comments:

So, this often happens to me.  I'll be trucking along with a story, and all of a sudden, out of the blue, a new, fantastic, wonderful idea comes to me.  And the new idea always feels so much more interesting and so much better than the one I'm working on.

And that's what happened this weekend.

I've been working steadily on my NaNo project and feel good about my word count so far.  I'm not 100% enthralled with my story, but I'm doing something really different and challenging for this one, so that's probably why.  Then bam!  Saturday night, I had the most amazingly awesome idea for a new book.  The character's voice is so clear in my head, even though he hasn't given me his name yet (yes, this one's going to be a boy POV), and I'm just itching to dive in.

I have a dilemma on my hands.  Do I keep going with the project I'm about a third of the way into, or do I scrap that for the moment and move on to this new, more interesting idea?

I feel like I should hold off on the new one because there is likely to be quite a bit of research I need to do, but I often write first and research later so I can toss the details in when I revise.  So that's kind of a lame excuse not to get writing.  But I also hate to leave things unfinished....

Has this ever happened to you?
Posted by Kate Larkindale at 5:02 PM 3 comments:

Every now and then a film comes along that really affects me in some way or another.  This is one of them.  So, a rare film review on my blog....  I had the privilege to meet the subject of this film the other night, and have to say she's even more incredible in person than she is on film.  If you get the chance to see this one, leap at it.  It'll change your life. 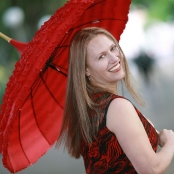 With feature film The Sessions about to be released, the timing could not be better for this fascinating documentary about Sydney based sex worker Rachel Wotton.

Wotton’s client base includes people with disabilities and the film takes an in depth look at her role in the lives of these people, some of whom have severely limited ability to move.  Two of her clients allow the camera into their homes during their sessions and their honest assessment of what Rachel’s services bring to their lives is the central core of the film.

As well as being a sex worker, Wotton is an advocate for the sex business and the decriminalization of prostitution.  In Sydney, where she lives and works, prostitution is legal, but further north, in Queensland, where her partner lives, it is not.  During the film she travels to Europe to speak at a conference and meets up with a Swedish sex worker who outlines the way Swedish law makes a client who hires a sex worker a criminal.

It could be said that the film is one sided, only focusing on the positive aspects of the world’s oldest profession.  But the film maker never states she is making a case for all sex workers.   Rather, the film is firmly about Rachel and her experiences.  And yes, they probably are different to those of other sex workers.  Rachel is intelligent, confident and driven to succeed.  She was instrumental in forming Touching Base, an advocacy group for the disabled.  She also states her ambition to open a not-for-profit brothel for the disabled.

What shines through more than anything else, is Wotton’s love for life and her respect for humanity.  Prostitution is still looked down on and sex workers are discriminated against on a daily basis.  So are those with disabilities.  By giving those with physical and mental limitations the chance to touch and be touched by another person, Rachel is giving them the opportunity to feel whole and human.

This is an inspiring documentary about someone who should be admired, not maligned.  I came out wishing I was as strong, confident and selfless as Wotton.  It would have been interesting to find out more about her background and what made her chose this particular course for her life.  We meet her mother, but she never says what she thinks of her daughter’s choices or offers any insight into her childhood.

The film runs the gamut of emotion with laugh-out-loud moments paired with infuriating ones.  The saddest scene is one in which the mother of a man with Cerebral Palsy speaks frankly about hiring a sex worker for her son.  But overall, the film is an inspiring and uplifting one.  And Rachel Wotton is a figure to be admired.
Posted by Kate Larkindale at 10:43 PM 2 comments:

So we're 5 days into NaNo and I just cracked the 10K mark.  See the nifty little gadget on the side of my blog?  If you're at all interested in keeping tabs on my progress, it's there.

And how do I feel?  Okay.  I'm sure I'm writing drivel, but I'm not worried about it yet.  I always knew this one would be tough because I'm way, way outside my comfort zone.  Firstly, I'm writing an historical which is not something I ever thought I'd do.  Secondly, I'm writing in three close third person POVs.  I struggle with third person, I admit it.  The thoughts and internal dialogue don't feel like they have a natural place and I always want to be an omnipotent narrator.

But I set myself this book for my NaNo project because it would be a challenge.  And it is.  But I love my characters, even snotty old William Heller, the villain of the piece.  But most of all, I love Ben, the scrawny, stunted fifteen year old farmhand who just wants a family to call his own.  And maybe to grow a little taller.

Or do I love Danny more?  The out-of-his-depth accidental bank robber who only wants a safe place for his family.  And then there's Alice, my young English heroine who finds herself dumped in the middle of nowhere Australia with an inattentive husband twenty years older than her.  When she agreed to a marriage of convenience, she thought traveling to the other side of the globe would offer her freedoms she would never have had in England.  Boy, was she wrong!

I can't wait to see what's going to happen when all these people finally come together....

Anyone else want to share something about their NaNo project??