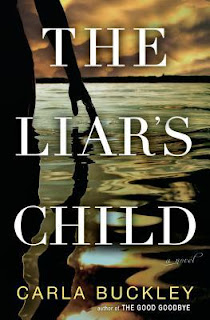 This one looked interesting so I picked it up off the "recommended" shelf at the library.  It wasn't a bad read, but I didn't enjoy it as much as I had hoped I might.

Set in the Outer Banks area of North Carolina, the book is told from multiple points of view.  There's Sara who is brought to the area by the Feds and who is in the witness protection programme.  She has a past as a con-woman, something she was brought up to do by her criminal father.  There's Cassie, a 12-year-old girl desperate to grow up and fighting her family for the freedom to do so.  There's Whit, Cassie's father who struggles with an unstable wife, an unfulfilling job and trying to do the best by Cassie and her younger brother Boon.  And finally, there's Hank, a retired sheriff obsessed with missing children cases after the loss of his own son.

The book's timeframe is fairly compressed - a few weeks, maybe two months at most - and follows these people as they deal with life's challenges.  Sara settles into the crappy apartment and cleaning job she's been assigned but can't help noticing the strange behaviour of the kids in the apartment next door.  On summer vacation, Cassie tries to balance her desire to hang out with the older kids in town and her father's demands that she stay home to look after Boon after their mother mysteriously disappears.  Whit needs to work, but is constantly torn between that and the children he knows he's neglecting at home.

When a hurricane threatens the area, Whit is forced to leave the children to go help his parents batten the hatches. When he doesn't return, Sara makes the decision to rescue the children and hits the road, desperate to escape the Feds and a life she never wanted.

But nothing goes quite as planned and when her path and Hank's cross, the consequences are devastating for all involved.

I think the biggest problem I had with this book was the lack of detail about who Sara really is.  There are hits at her past, but they are small and subtle and don't really point to what it is she did to get caught by law enforcement or who she squealed on.  Perhaps this was intentional to create more sympathy for the character, but in my case, it backfired because my imagination took me to the worst place and made me super suspicious of her.  I wanted her to stay away from the kids and knew that whatever she did, it was going to be self-serving.

I also struggled through most of the book to understand how Hank fitted in.  His sections were small and sparsely scattered through the narrative, but never fitted with the main story being told.  Obviously it became clear in the end, but with so many story threads being resolved in the last little bit of the book, it felt a little rushed and I never really got much sense of who he really was.

This was a quick read and there was enough going on to keep me turning the pages to see what happened next, I just felt like I was left with too many questions after I finished and didn't feel wholly satisfied the way you should upon finishing a thriller.

In this intense and intimate family portrait that moves at a thriller's pace, a troubled woman faces a gripping moral dilemma after rescuing two abandoned children from a hurricane.
On the outskirts of North Carolina's Outer Banks sits the Paradise, an apartment complex where renters never stay long enough to call the place "home"--and neighbors are seldom neighborly. It's ideal for Sara Lennox, who moved there to escape a complicated past--and even her name--and rebuild a new life for herself under the radar. But Sara cannot help but notice the family next door, especially twelve-year-old Cassie and five-year-old Boon. She hears rumors and whispers of a recent tragedy slowly tearing them apart.

When a raging storm threatens then slams the coastal community, Sara makes a quick, bold decision: Rescue Cassie and Boon from the storm and their broken home--without telling a soul. But this seemingly noble act is not without consequences. Some lethal.