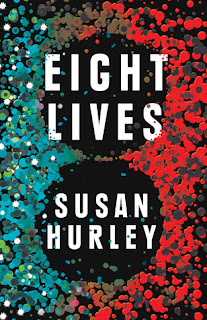 Thanks to Netgalley for the chance to read this in advance.


The premise of this book was interesting - a promising young doctor makes a discovery that might change the world, only to have everything go terribly wrong at the trail period. Unfortunately the book's structure made it difficult to enjoy what should have been a cracking medical thriller.

There are eight different POVs in this book, and while a couple of them were distinctive, the others blurred into one another, making it difficult to remember who each character was and what role they played in the story. And it took so long to actually get into the story because each of these people had to introduce themselves before anything actually happened.

The other thing that bugged me was the amount of jargon used. Yes, I know this is a medical thriller, and there is a certain amount of information that a reader needs to understand the facts, but there was far too much here. It started feeling like the author wanted us to know she's an expert in this field.

Overall, I didn't enjoy this book as much as I wanted to. It took me quite a long time to read, which is unlike me, and I think that didn't help with keeping up with what was going on and who was doing what. But if you like slow-burning thrillers, it might be your cup of tea.

A brilliant young doctor is dead ... and someone has to take the blame.

Former refugee David Tran becomes the Golden Boy of Australian medical research and invents a drug that could transform immunology. Eight volunteers are recruited for the first human trial, a crucial step on the path to global fame for David and windfall gains for his investors. But when David dies in baffling circumstances, motives are put under the microscope.

With its origins in a real-life drug trial that ended in tragedy, EIGHT LIVES is told from the perspectives of David’s friends, family and business associates, who all played a role in his downfall.
Posted by Kate Larkindale at 10:15 AM