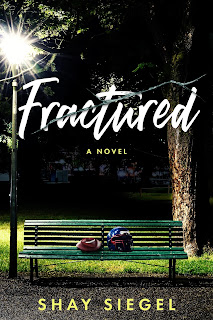 Mason Vance is the guy everybody wants to be, and he knows it. He’s the best high school quarterback in New York, a shoo-in for a football scholarship at any school he chooses, and he’s expected to land in the NFL one day. That is, until a broken wrist leaves him fearing whether he’ll ever play again.

Desperate to save his damaged ego, Mason sets his sights on Lace. No cheerleader or homecoming queen like his usual type, she’s too wrapped in her own misery to fall for his pickup lines. Even though she tries to shut him out, she’s surprised to find he’s there for her when no one else is. Slowly, she lets him into the sad workings of her mind and less-than-perfect life, and Mason finds himself caring about Lace more than he’d ever thought possible. That’s why neither of them sees his huge mistake coming—one that instantly fractures everything between them.

Will Mason confront the ugliest side of himself, and in the process see who he’s capable of becoming, or will he fall back into the life he knew before Lace and his injury? 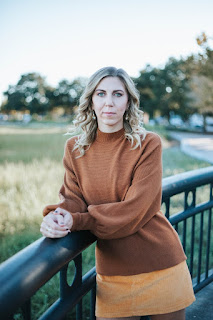 
Shay Siegel is from Long Island, New York. She is a Tulane University graduate with a B.A. in English, and former member of the women's tennis team. She has an MFA in Writing from Sarah Lawrence College. Shay splits her time between Charleston, South Carolina and Long Island with her boyfriend, Pat, and their giant-headed rescue dog, Bernie.
Posted by Kate Larkindale at 10:59 AM