This post is part of the Deja Vu Blogfest run by the amazing D L Hammons.  The brief is to re-post one of your favorite posts from 2016, so here's a second look at a book review I wrote in March.  It's a book I think deserves more attention, so here you go! 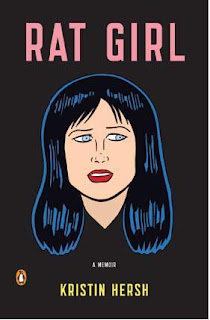 In 1985, Kristin Hersh was just starting to find her place in the world. After leaving home at the age of fifteen, the precocious child of unconventional hippies had enrolled in college while her band, Throwing Muses, was getting off the ground amid rumors of a major label deal. Then everything changed: she was diagnosed with bipolar disorder and found herself in an emotional tailspin; she started medication, but then discovered she was pregnant. An intensely personal and moving account of that pivotal year, Rat Girl is sure to be greeted eagerly by Hersh's many fans.
Posted by Kate Larkindale at 1:13 PM