Books I've Loved: The way I Used to Be 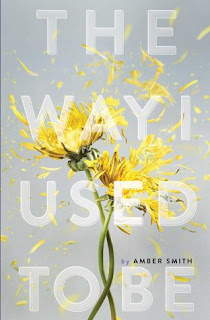 This is a really powerful book and needs to be read by more people.  It's honest and in many ways shocking and very, very important.
It also has a really unlikable protagonist who behaves in some truly appalling ways. She does some terrible, horrible things to the people she cares most about and those who care for her.  But because there are reasons for her behavior, and consequences for her actions, I didn't hate her as much as I probably would have in another book.
The book opens with Eden as a thirteen-year-old being raped by her older brother's best friend.  She doesn't tell anyone, even her brother who she is super close to.  Not her parents.  Not her friends.
Instead, she becomes someone else.  Someone her friends can't recognise.  Someone she possibly doesn't even recognise.  She sleeps around, takes drugs, drinks, withdraws from her parents and brother and generally gets into trouble.  She loses her best friends.  She pushes away the boys who actually like her and treat her with respect.
Taking place over the four years of high school, the book shows in graphic detail just how far-reaching the effects of one terrible night can be and how a single event can change a person.  It shows how difficult it can be to move on from trauma.
Now I know this is only one person's story, and not everyone would react to an event like this in the same way.  But this is one reaction, and one young woman's journey back to herself.  And it's incredibly powerful even if it is often difficult to read.
So I definitely recommend this one.  Just be warned it's not a fun read, and Eden is not a likable heroine.  Spending time with her is often unpleasant, but I think it's still worth the effort to see how she comes out at the other end.

In the tradition of Speak, this extraordinary debut novel shares the unforgettable story of a young woman as she struggles to find strength in the aftermath of an assault.

Eden was always good at being good. Starting high school didn’t change who she was. But the night her brother’s best friend rapes her, Eden’s world capsizes.

What was once simple, is now complex. What Eden once loved—who she once loved—she now hates. What she thought she knew to be true, is now lies. Nothing makes sense anymore, and she knows she’s supposed to tell someone what happened but she can’t. So she buries it instead. And she buries the way she used to be.

Told in four parts—freshman, sophomore, junior, and senior year—this provocative debut reveals the deep cuts of trauma. But it also demonstrates one young woman’s strength as she navigates the disappointment and unbearable pains of adolescence, of first love and first heartbreak, of friendships broken and rebuilt, and while learning to embrace a power of survival she never knew she had hidden within her heart.
Posted by Kate Larkindale at 1:00 AM