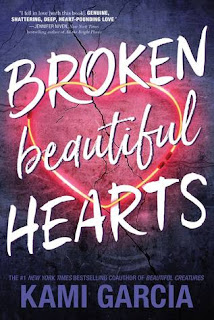 I enjoyed this book.  It dealt with something I haven't come across in a YA book before - possibly because I don't read a lot of sports books - and it's something I think should be spoken about more.  I won't say what it is here, because that will ruin part of the plot and I don't want to be one of those people.

When up and coming soccer star Peyton falls (or is pushed) down a flight of stairs at a party, she's terrified that her future is over.  With a cloud of suspicion hanging over her now ex-boyfriend's head, and even her best friend doubting her account of what happened that night, Peyton agrees to go an live with her uncle in the country while she recovers.

But there's drama even in the small town and Peyton soon finds herself in the middle of it, thanks to her twin cousins, heroes of the local football team.  And things get even more complicated when she meets Owen, a sweet, sexy guy whose dedication to his own sport is as great as her own.

I'm not particularly interested in sport, so it's unusual for me to pick up a book about sports.  But I do love passionate people who dedicate themselves to being the very best at what they do.  And this book is full of people who fit that profile.

Owen is a great love interest too, even if he does seem a little too good to be true.  But hey, it's fiction, and if you can't invent the absolutely perfect boyfriend in fiction, there's no point.  And as it turns out, Owen isn't quite as perfect as he seems...  Aren't all people like that?

It isn't a hard read, but it's an interesting one and the characters are fun to spend some time with.  There's enough tension and intrigue to keep one turning the pages without anything being too anxiety inducing.

So I'd recommend this one.

Her heart has to break before it can open.

When star soccer player Peyton Rios receives an offer from her first-choice college, senior year starts off exactly as planned. But when Peyton uncovers her boyfriend’s dark secret, she confronts him―and finds herself falling down a flight of stairs. Peyton’s knee―and maybe her dream of going pro―is shattered. Everyone is talking: Was she pushed, or did she fall? Peyton knows the truth, even if no one believes her.

He has to let someone in before it’s too late.

With her future on the line, Peyton goes to stay with her uncle in a small Tennessee town to focus on her recovery. Dating is the last thing on her mind―until she meets sweet, sexy Owen Law.

But Peyton doesn’t trust her heart, especially when she senses that Owen is hiding something. When their secrets are finally exposed, Peyton has to decide if love is worth fighting for.
Posted by Kate Larkindale at 12:30 AM