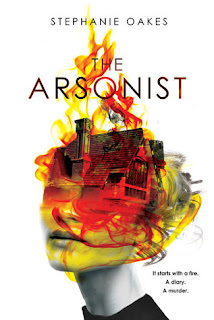 I loved this book.  I started reading it on Sunday morning, and basically didn't put it down all day.  And even though there are lots of things about it that are unbelievable or don't quite work, it's so compelling, so interesting, and so damn weird in many ways, I loved it.

There are three very distinct POVs.  To begin with, it seems like none of these three people or their stories have anything to do with each other.  But as the book unfolds, the links between them and the reason why these three stories are being told side-by-side becomes clearer.

Two of the stories are contemporary, with Molly and Pepper both living in the same California town.  The third is (gulp) historical.  If you can believe that the late 1980s are historical.  But I guess they are now, and things like the fall of the Berlin Wall (that I remember vividly) are history.  Because the third POV is the diary of an East German girl, Ava,  who escaped the oppressive reigime not long before the Wall fell.  Having spent time in Berlin, and in the part that would have been in the East, I especially enjoyed these sections.

The characters are complex and interesting, with very different things motivating them.  All have flawed families, but each of them is flawed in different ways.

Much of the book is taken up with Molly and Pepper trying to uncover the truth about the woman behind the diary, and just what it might have to do with them or their families.  And it's in these sections that you hace to suspend your disbelief more than a little.  Two teens get sent airline tickets in the mail and just jump on a plane to go to Europe?  Sure...  A dangerous Stasi commander just happens to live the next town over?  Okay...  And the keeper of Ava's diary just happens to have a book signing on one of the two days these teens happen to be in Berlin? Yeah, right...

And the ending...  Well, I won't spoil it for you.  Except to say it was unexpected, to say the least!

But you know, despite having aspects that were utterly unbelieveable, I was so engrossed in the story and the beauty of the writing, I didn't even think about how implausible any of it was until after I'd finished the whole book.

And I think that's really the sign of a good book, isn't it?  I'd definitely reccommend it.

But don't just take my two cents.  Here's the blurb:

Molly Mavity is not a normal teenage girl. For one thing, her father is a convicted murderer, and his execution date is fast approaching. For another, Molly refuses to believe that her mother is dead, and she waits for the day when they’ll be reunited . . . despite all evidence that this will never happen.

Pepper Yusef is not your average teenage boy. A Kuwaiti immigrant with epilepsy, serious girl problems, and the most useless seizure dog in existence, he has to write a series of essays over the summer . . . or fail out of school.

And Ava Dreyman—the brave and beautiful East German resistance fighter whose murder at seventeen led to the destruction of the Berlin Wall—is unlike anyone you’ve met before.

When Molly gets a package leading her to Pepper, they’re tasked with solving a decades-old mystery: find out who killed Ava, back in 1989. Using Ava’s diary for clues, Molly and Pepper realize there’s more to her life—and death—than meets the eye. Someone is lying to them. And someone out there is guiding them along, desperate for answers
Posted by Kate Larkindale at 2:00 PM