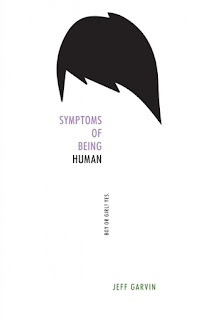 I realized I've missed a few of these book love posts.  Apologies!  I've been all out of whack since the A-Z Challenge finished. But back on track now….

I loved this book. I thought it was genius how the author never gave even a hint at what Riley's birth assigned gender was and that it didn't matter. Riley was still a whole and fully realized character even without that information given. The struggles and issues Riley dealt with are so real too and I liked that Riley was in a place of privilege where they had a voice and a way to turn the horrors that happened into something positive. Far too many people outside the gender binary don't have that luxury.

The book is light on plot, but that isn't a bad thing because the small portion of Riley's life we were given access to was enough. Things happened, led to other things, and led to an ultimately satisfying conclusion. Is it like real life? No. But it's still an honest representation of this character's experience.
But you don't have to trust me…  Here's the blurb!

The first thing you’re going to want to know about me is: Am I a boy, or am I a girl?

Riley Cavanaugh is many things: Punk rock. Snarky. Rebellious. And gender fluid. Some days Riley identifies as a boy, and others as a girl. The thing is…Riley isn’t exactly out yet. And between starting a new school and having a congressman father running for reelection in uber-conservative Orange County, the pressure—media and otherwise—is building up in Riley’s so-called “normal” life.

On the advice of a therapist, Riley starts an anonymous blog to vent those pent-up feelings and tell the truth of what it’s REALLY like to be a gender fluid teenager. But just as Riley’s starting to settle in at school—even developing feelings for a mysterious outcast—the blog goes viral, and an unnamed commenter discovers Riley’s real identity, threatening exposure. Riley must make a choice: walk away from what the blog has created—a lifeline, new friends, a cause to believe in—or stand up, come out, and risk everything.
Posted by Kate Larkindale at 12:30 AM