Review: Out of Play by Nyrae Dawn and Jolene Perry

REVIEW:
I was lucky enough to get an ARC of this one and dove right in.  I’m a huge fan of both Nyrae and Jolene’s work, so was excited to see what they could do together in this second collaboration (their first was Dizzy).

Told in dual POV, the book’s two protagonists are Penny Jones, a tough Alaskan hockey player who is determined to continue playing with the boys and Bishop Riley, an LA drummer who, as a teenager, has already won a Grammy with his band, Burn.

When Bishop parties a little too hard and winds up in the OR after taking too many pills, he’s sent to Alaska to clean up his act.  He doesn’t want to be there and is prepared to hate every second of it.  But then he meets Penny.

Penny has her own problems.  Her grandfather has dementia and is getting loopier every day.  Her mom’s barely home, leaving Penny to deal with most of Gramps’ crises.  On top of that, Penny’s teammate and best friend, Mitch, has a new girlfriend he really seems to like.  Which is wrong, because Penny’s in love with Mitch, even if she’d never say it out loud.

With both characters having such strong wills, and such massive chips on their shoulders, it’s inevitable that their first few meetings are explosive.  But they soon learn to appreciate each other’s strengths and weaknesses, and before long both are feeling things they’ve never felt before.

Both characters are extremely well drawn and feel alive.  Penny is not a clichéd tomboy and Bishop isn’t a cardboard cutout teen rocker.  There are layers to both characters that are revealed slowly throughout the book, adding complexity to both the relationship growing between them, and their relationships with those around them.

My only real criticism of the book would be in the handling of Bishop’s drug addiction.  It didn’t ring true to me.  I never felt any of the desperation that comes from being an addict.  Bishop seemed far too able to control his habit, eking out his supply of pills or just not taking them without any real ill effect.  I would have liked this to be more of struggle for him because then the ending would have been even more powerful than it already is.

If you’re a fan of YA romance with real, flawed characters who have real problems to deal with, you’ll love Out of Play.

Thank-you to Entangled Teen for the opportunity to read and review Out of Play.

Jolene Perry: I wear juvenile t-shirts, worn out chucks, and eat too much chocolate.  I write.  A lot.  I make up words, drink Shirley Temples, and suffocate a little without my i-pod.

You can also find me under Jolene B Perry.... 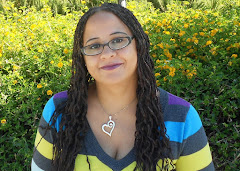 Nyrae Dawn: I am a compulsive reader and writer who loves YA fiction.

I love nothing more than writing about young adults.  There is something so fresh and fun about it.  You can pretty much always find me with a book in my hand or an open document in front of me.

I live in Southern California with my husband and two children.

Posted by Kate Larkindale at 12:03 PM