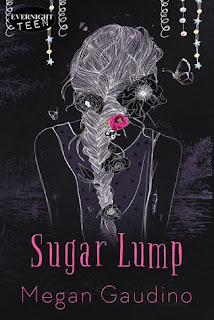 This was a fun, easy read that had a little twist to it.  I'm not sure I believed it 100%, but I enjoyed it, so I don't think it really matters.

CC has been dragged around the country with her father for years. As a result, she's started blogging about her travels and gained a huge following.  But no real friends.  So when her father gets a job in Sugar Lump, a picture perfect town known for weddings that last forever, she doesn't initially think it will be any different than any of the other places they've lived.

But Sugar Lump is different.  Soon CC has a house, friends and even a couple of boys who may or may not be interested in her.  She thinks she's finally found a home.  So why is her father so adamant she leaves to go to college next year?

When she overhears the mayor saying something about 'taking out' someone who doesn't follow the rules, Sugar Lump's perfection suddently become something more sinister.

I enjoyed this book.  Having spent most of my childhood being dragged around the world, I sympathized with CC's desire for a permanent home and friends that lasted more than a year or two.  And Sugar Lump's quirky perfection was well realized, even if the sense of there being something wrong about the place permeated even the very first descriptions of it.

The twist wasn't quite as surprising as it could have been, but there were some things I didn't see coming, even if I had figured out the bulk of it before I reached the end.

Overall, this is an enjoyable read.

But don't just truat my opinion.  Here's the blurb:

Seventeen-year-old travel blogger CC is stuck on a never-ending road trip with her wanderlust-addicted father. When her dad lands the job of his dreams in Sugar Lump—wedding capital of the world—CC finally finds a place to call home. Complete with two quirky best friends and a quixotic guy to crush on, Sugar Lump is more shades of perfect than she can possibly count.

But when CC accidentally overhears the mayor complaining that she has to “take out” a rogue employee for not fulfilling the terms of his contract, the idyllic town’s facade crumbles. Devastated by the possibility of having to move yet again, CC discovers everyone has been keeping a massive secret from her—including her own father.
Posted by Kate Larkindale at 10:41 AM